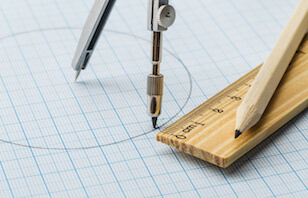 Squaring That Circle – Towards Practical Action on the Circular Economy?

There is a lot happening in the circular economy space at the moment. You might argue that this has been the case for some years now. But things have appeared to step up a notch over the last few months.

At a policy level, the EU is currently seeking views from the public in an attempt to come up with an ambitious new package of measures – given that they scrapped the last lot. I was actually at a World Economic Forum Annual Meeting session in Davos this January where Frans Timmermans – the man tasked with delivering ‘better regulation’ across the EU – made a plea to naysayers in the room to give him a chance to prove them wrong. He committed to get a more ambitious package back on the table within a year. He certainly seemed sincere enough to me – let’s hope this is indeed the case…

Shifting to what is more exciting news (well I think it is). BSI has started work on a new business standard for the circular economy which aims to help companies implement more circular business models. I am chairing the committee responsible for its development and I’m really excited to be involved in what I believe will be a significant contribution to the agenda.

There is after all a lot of theory and talk, but not as much action as there could be. The Ellen MacArthur Foundation (EMF) has done an amazing job of welding the various schools of thought together into what has become the most widely recognised version of the circular economy concept – as well as getting what has been a relatively fringe ‘techie’ conversation into the boardroom. But businesses need to be able to turn this quite macro concept into practical action.

Clearly, it’s early days and I will say more about how the standard is progressing in future blogs – but in the meantime take a look at recent coverage about it in the ENDS Report and the Environmentalist.

Getting the measure of things

So efforts are being made to improve policy options for the circular economy (yes…let’s be optimistic and go with that) and work has begun on developing a helpful and practical business standard. Ok, so what about the role of measurement? How do we know we are moving in the right direction? How ‘closed’ is good enough? Is becoming more circular helping the business be more sustainable?

Although many have attempted to do so, there is no universally agreed standard for measuring sustainability. In fact sustainability is unlikely to come down to a single measure or even several measures – it is perhaps simply too complex an issue to be boiled down to this.

Is circularity any different? Wouldn’t it be great if you can look at an organisation or product and get an indication of how circular it was?

I know first hand from years of working on waste projects in the UK and overseas just how difficult it is to measure recycling let alone waste prevention. For example, my experience of delivering Zero Waste on the London 2012 Games tells me that many businesses in the UK may not even be measuring their true recycling performance. There is also limited guidance available on managing and measuring reuse (or indeed wider waste prevention efforts). Issues also highlighted by WRAP through their post Games evaluation work.

But waste doesn’t exist in the circular economy. A sustainable circular economy is much more than increased reuse and recycling and generating some more resource efficiency. And just by having better collection systems and resource efficiency doesn’t necessarily mean a business is ‘future-fit’ either. So how on earth can we come up with an appropriate measure or measures for this?

Going round in circles

EMF and Granta Design supported by a myriad of stakeholders and funded through the European Commission’s LIFE programme have attempted to do just that and they reported on their 2 year project last month.

But they’re not entirely the first to do so. At Kingfisher, I supported pioneering work in 2013 to develop two tools to support its circular economy activities.

The first, a Closed Loop Calculator (CLC) tool was developed (with input from Bioregional, EMF and WRAP) to establish how ‘closed’ particular products were. And enables Kingfisher to monitor progress against its target of achieving 1,000 products with closed loop credentials by 2020. Points are awarded according to key areas such as:

The CLC is incredibly easy to use but you do need some key information. Firstly, you ideally need a ‘bill of materials’ (which is not always readily available from the supplier, if indeed they even have one at all!). You clearly need to know about the materials and packaging, how the product will be used, and what will happen to it at the end of its life. In theory this should all be quite straight forward and what any business should reasonably be expected to know. The reality though is quite different and for many businesses even determining what the product is made out of can be incredibly challenging. Often suppliers either don’t know or aren’t willing to tell you.

The second, a tool known as the Circular Benefits Tool (CBT), was developed by Advancing Sustainability LLP to help Kingfisher measure the value created or increased through regenerating, reusing or repairing materials. The model aimed to calculate avoided waste, avoided virgin material use, and avoided CO2e emissions. It also attempted to capture direct financial value too. The methodology was shared with specialist stakeholders and feedback was sought at an event in December 2013.

Unsurprisingly, a number of chunky accounting considerations came up during its development – issues like additionality, boundaries, allocation, and so on. For instance, embedded carbon can be avoided by eliminating use of virgin material and reducing waste at end of life. However, if say something is made from 100% recycled material and is fully recycled at the end of its life to avoid double counting you should only really count the embedded carbon savings once. To address this issue the method adopted a 50:50 approach devised by Craig Jones where both recycling and reuse are promoted at both ends of the life cycle.

A baseline year also had to be set to avoid attributing existing waste and virgin material activities. This presents several issues. For example, if your strategy is working at some stage what was industry-leading will become the new norm (an ‘energy in use’ analogy is CFL light bulbs being trumped by LED). How do you account for this going forward or don’t you?

Kingfisher, through their pioneering work recognised the wider sustainability agenda and attempted to cover a number of bases. However, this also meant that there is a lot to think about and not necessarily easy. And potentially a very ‘big ask’ of internal teams who would almost certainly have other priorities.

Coming full circle back to the EMF and Granta Circularity Indicators. They created a Material Circularity Indicator (MCI) to determine the level of ‘circularity’ of a product or company (if multiple product MCI’s are aggregated up…). The methodology would not work for a service-based organisation though. The full methodology has been open-sourced together with Excel-based models for calculating a simple product and company level MCI. A more functional webtool has also been developed off the back of the project but is only available commercially. Incidentally, I understand that Kingfisher’s work fed into the MCI’s development.

To calculate an MCI again you need a detailed BOM to hand and know:

Sound familiar? So we return to the central issue of needing to answer what should be straightforward questions, when in reality (for most) nothing could be further from the truth.

Unlike Kingfisher’s CBT though, which attempted to capture a number of other factors too (e.g. avoided carbon), the MCI calculation looks at material flows only. In pursuing circularity there are a number of other things you’d generally want to take into account as well, such as energy costs and usage, carbon, toxicity, and so on. Instead these factors were put forward as complementary indicators by the project team (which if I’m honest – even if they weren’t – did seem a bit of an afterthought on the day of the launch event).

Right, so assuming you’ve been able to work miracles and have a detailed BOM to hand and have answered all the other key questions (all of which would be no mean feat in my experience) would calculating an MCI on its own prove to be a useful exercise? Why not, but you would need to treat the results as very ‘indicative’. The MCI method is a useful contribution to the agenda but you would need to look at the results alongside other factors to provide more ‘rounded’ sustainability insights – MCI alone would not for instance be sufficient to build an appropriate business case. And unfortunately these other factors are not easy to determine either.

Based on my own operational experience and conversations with several key early adopters of the circular economy approach what we’re really lacking though is some very practical and useful tools. Tools which are ‘grounded in reality’ and can help any type of business understand key resource risks and opportunities; identify where they might be most vulnerable; and what their priorities might be. And then in turn help them determine how the circular economy might be relevant to them and (even more importantly) what their role might be.