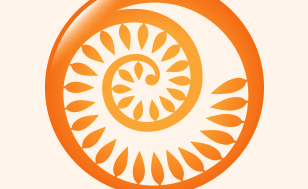 Late To The Party

At last I have a website – and it’s been a long time coming that’s for sure!

It was a little over 2 years ago when I said goodbye to ‘LOCOG Towers’ in Canary Wharf for the last time. I wasn’t sure what the future held – whether it was to continue working in-house or to go back to consultancy. I was completely open-minded.

I did however know two things. Firstly, that I wanted another sustainability role with a relatively broad remit. And secondly I was incredibly late to the ‘social media’ party. I was not even particularly active on Twitter at that stage.

To have the opportunity to work on a project of the scale and profile of the London 2012 Games from the beginning and be able to build a sustainability programme from scratch was amazing – but it was all consuming too.

In 2006, when we began managing the delivery of the Games strategy, corporate sustainability was still a relatively new concept. Very few organisations had started the shift away from CSR (yes, there is a difference!). Flagship and industry leading sustainability programmes like M&S’s Plan A and Unilever’s Sustainable Living Plan had not yet been launched.

Coming out the other side at the end of 2012 and resurfacing having delivered and learnt a great deal, it was clear that the wider sustainability landscape had completely changed. Many of my peers were better ‘plugged-in’ to sustainability networks and active on the conference circuit, busy writing thought pieces, and had amassed an impressive array of Twitter followers.

I felt I could add a lot of value to the wider sustainability industry – but it was also clear that I had a hell of a lot of catching up to do. I just needed to get out more and be part of the conversation. I also realised I needed a website – one which could provide a platform for me as an individual working in sustainability and could help promote me as a consultant when not employed in an in-house capacity. I even had a number of blogs planned.

I then suddenly got busy with consultancy work and took on a senior role with Kingfisher plc. On top of the day job, I started lecturing (fulfilling a personal objective of mine), became more involved with Julie’s Bicycle (who are doing some amazing stuff with the music, theatre and creative industries) and wrote a short book on sustainability management systems. In addition, I was asked to join IEMA’s GACSO Advisory Group and ICRS’s CPD Working Group. Oh and I also got married and became a dad too! Consequently something had to give and the website went on the backburner.

2015 arrived and having completed the role that Kingfisher had asked me to do I finally had a bit more ‘headspace’. It was time to revisit the website idea and get it up and running. And here it is!

Given its dual purpose it is perhaps a bit of an experiment. It is first and foremost about me as a sustainability professional. I look forward to sharing more of my thoughts.